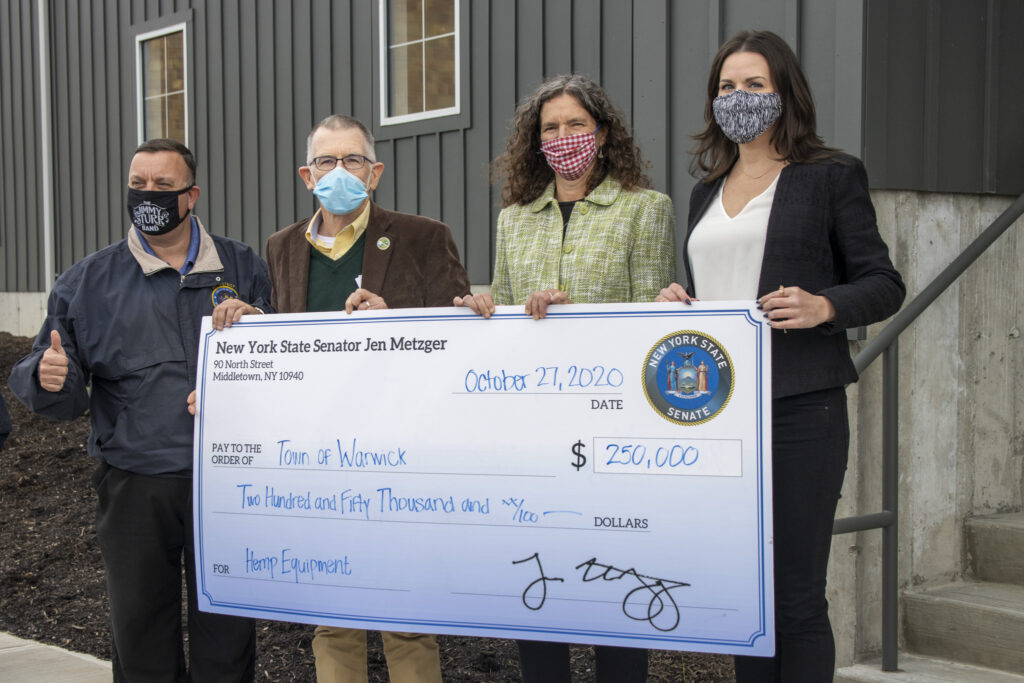 Industry leaders praised the work done by Senator Metzger to advance the hemp industry and new opportunities for New York farmers during the event. The 2018 Farm Bill removed cannabidiol, known as CBD, from the Controlled Substances Act, creating new opportunities for New York farmers and businesses. The state law developed by Metzger and her counterpart in the Assembly, Agriculture Chair Donna Lupardo, establishes the necessary regulatory framework for growing hemp for CBD and processing, manufacturing, and selling CBD products in New York, creating the certainty the industry needs to invest and the standards consumers need for a safe and high-quality product. 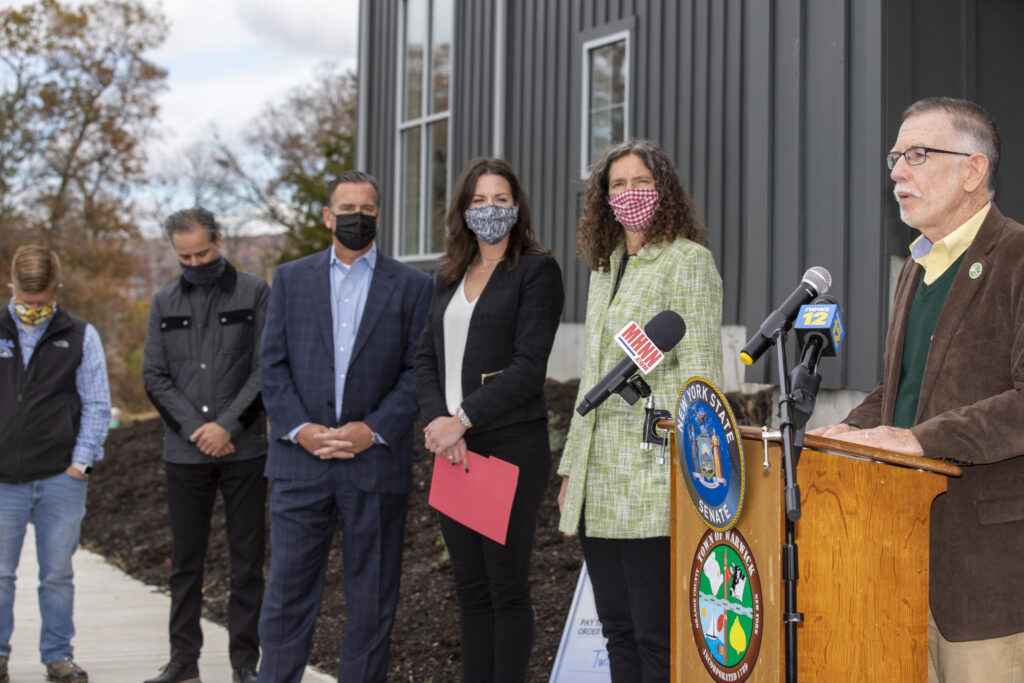 The draft regulations based on the legislation and released last night by the NYS Department of Health allow for CBD-infused beverages and foods. At the press conference, Urban Extracts, Rogowski Farms, and Hillview Med announced a new partnership in which locally grown and processed hemp extract will be sourced for a CBD-infused seltzer, Kaló, distributed by Pepsi. “Now we have the rules of the game, and now we know what we’re shooting for,” said Urban Extracts CEO Eran Sherin, while discussing the opportunities associated with the local manufacturing of hemp, allowing for https://www.chem-ecol.com/valium/ scale and creating Orange County jobs.

At the press conference, Senator Metzger also announced a $250,000 state grant she secured for the Town of Warwick to purchase hemp trimming and testing equipment to rent to farmers, reducing the costs to local farms of diversifying into this high-value commodity. The equipment will be housed at the Orange County Industrial Development Agency Accelerator, which CEO Laurie Villasuso announced will occupy one of the historic buildings at the Warwick Tech Park to provide manufacturing and office space for CBD-related small businesses that participate in the IDA’s Accelerator program. 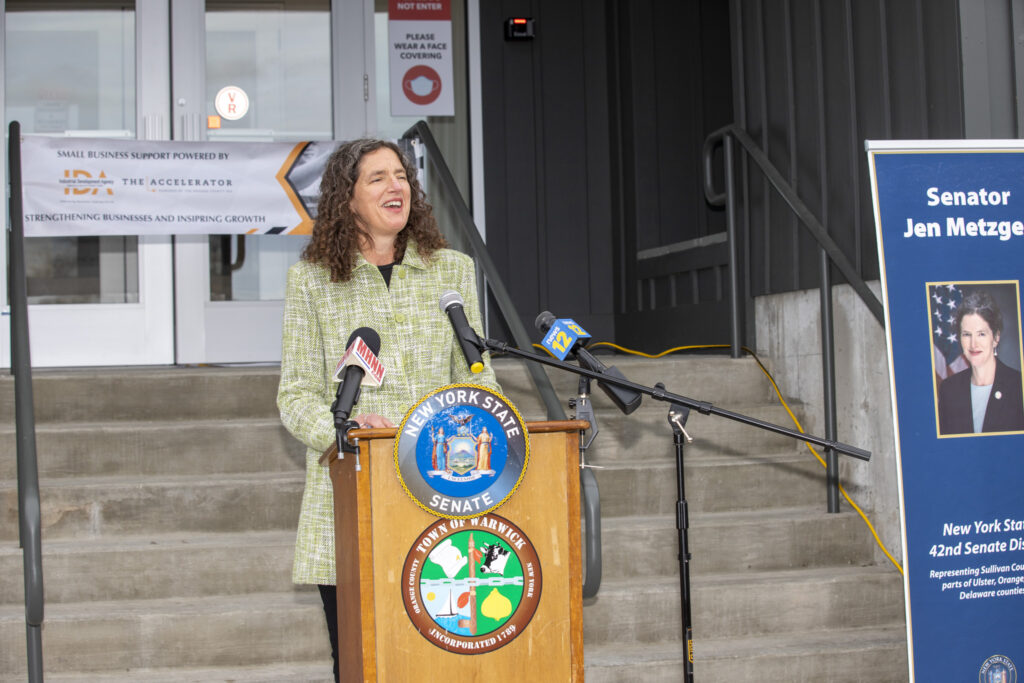 “During this challenging economic time, it is important that we capitalize on new opportunities for our farmers and businesses, and create the conditions for the hemp industry to grow and thrive,” said Senator Jen Metzger.”New York is well-positioned to be a leader in this promising new industry, and I look forward to continuing to work with our local partners to build on the successful public-private partnership that is well underway here in Warwick.”

Warwick Town Supervisor Michael Sweeton said, “Our hemp initiative had stalled since the regulations were under review which forced companies to put their plans for investment on hold. I reached out to Senator Metzger for help and she delivered by working to get NYS to issue these regulations. This will now jump start our effort to redevelop the former prison and create jobs here in Warwick.”

Laurie Villasuso, CEO of the Orange County IDA said, “Thanks to the dedication and leadership of our Senator, Jen Metzger, the CBD regulations this industry needs to burst forward have now been released. These regulations–and all of the hard work that went into seeing them through–mean so much for our economic growth here in Orange County, at a time when we need it most.” 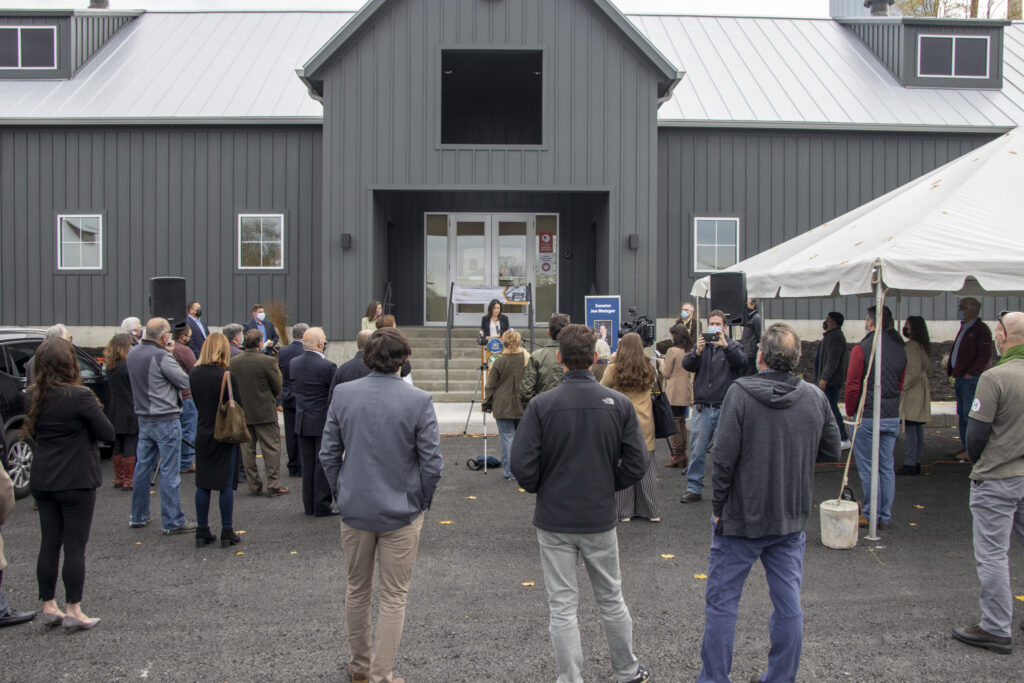 Mark Rogowski of Rogowski Farm said, “This latest legislation that Senator Metzger put a lot of time into is very encouraging. To be able to expand it into food and beverage gives us another avenue where we can move this product. A lot of us farmers in the Black Dirt region have a lot of faith that we’ll be able to pull this off. Hopefully it sparks things on a national level where you’ll see CBD demand explode like we thought it would back in 2018. Hopefully 2021 will be great and we can start growing a good quantity in New York.”